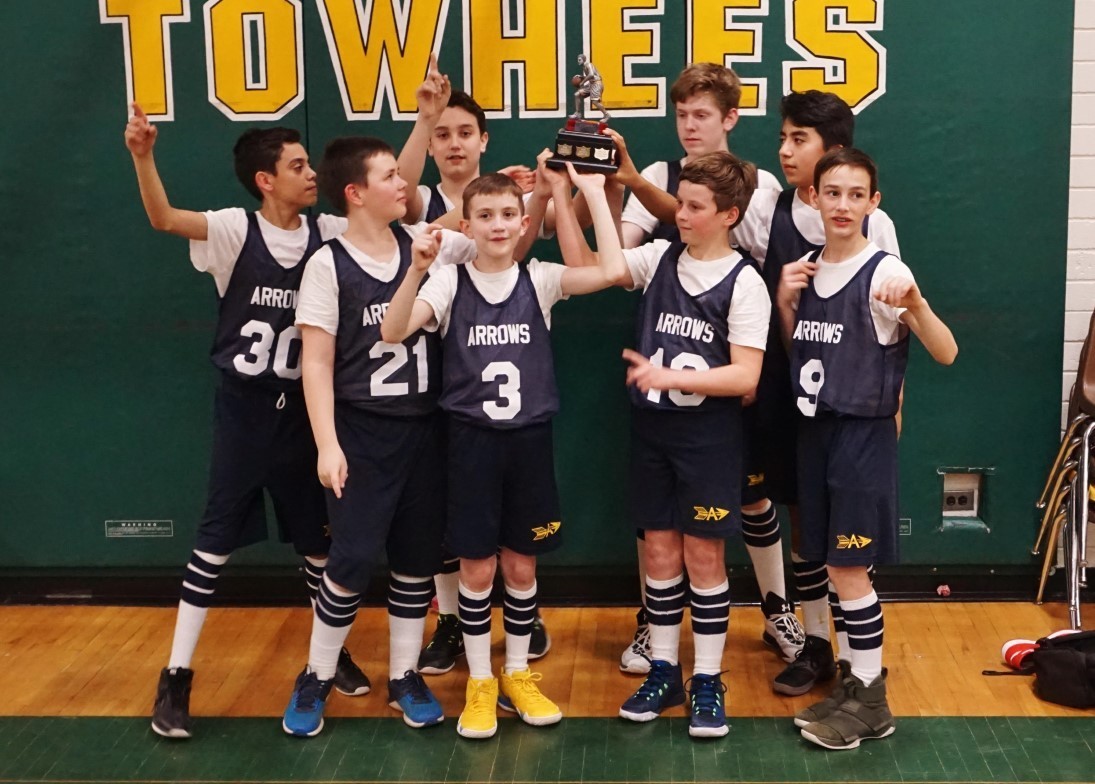 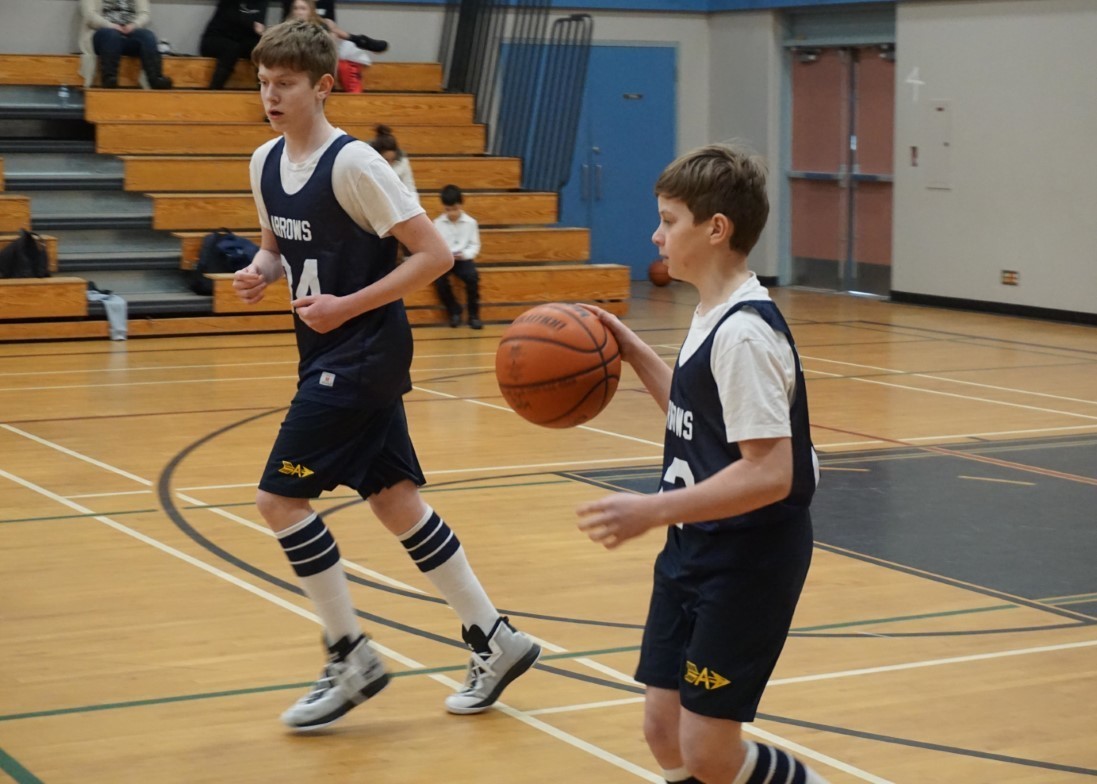 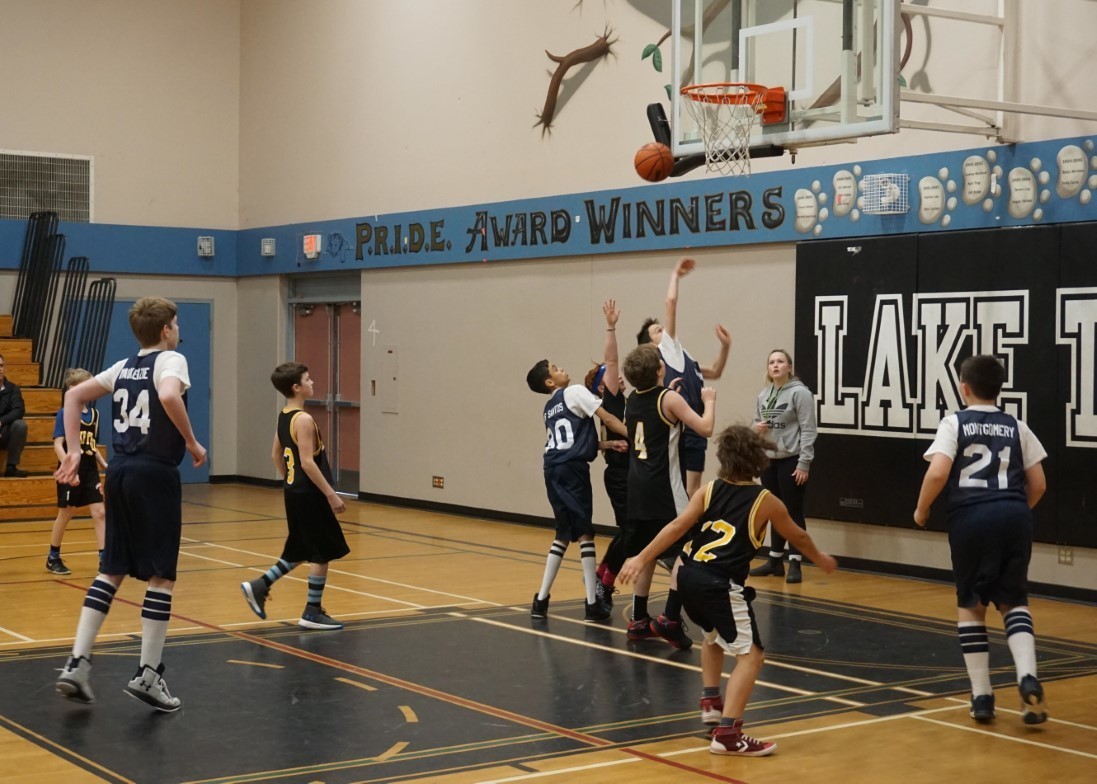 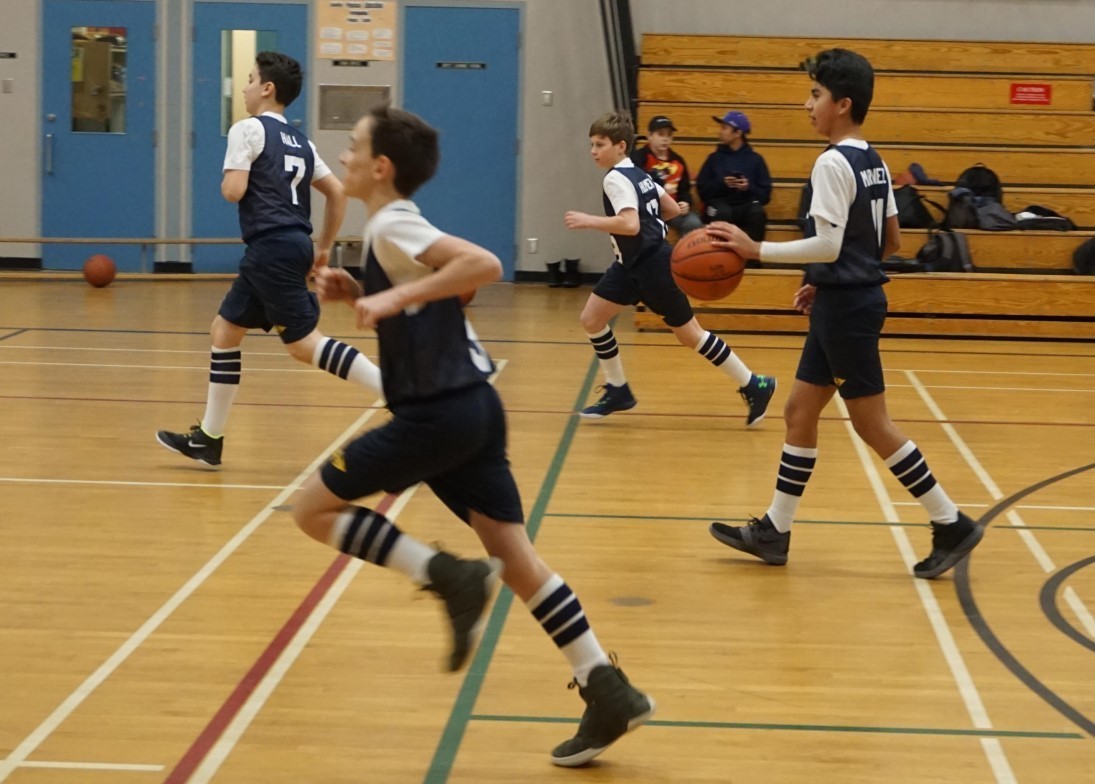 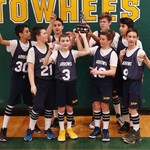 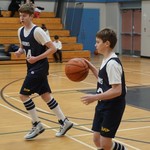 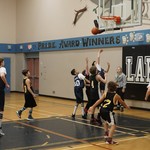 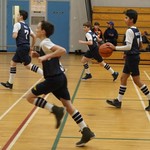 It was a long but rewarding day for the grade 7 boys basketball team as they competed in the annual district tournament at Vanier on Feb. 28. They went in as undefeated, defending champions and won all their games to recapture the Subway Cup! First, they squared off against Miracle Beach in their opener and worked well together to fashion a 42-6 victory. Next up, they took on a scrappy squad from Puntledge and racked up another win, in a physical affair, to move into the semi-finals against arch-rivals Robb Road. The Arrows got off to slow start, as the Wolves turned on the pressure, and fell behind 16-4. Slowly, they began to chip away at the lead, starting by tightening up their defense. The tension ratcheted up as the game wore on and Gaglardi mounted a furious comeback. They managed to tie it up late in the game and held off Robb Road in their final possession to send the game to sudden death overtime! Both teams had a chance to score before David Martinez hit a long jump to send the Arrows into the final. There they took on Lake Trail and never trailed, en route to a 31-12 victory and second consecutive championship and undefeated season! Gui Dos Santos Martins, Alex Hall, Jacob Hall, Yuri Huisamen, Jacob MacKenzie, David Martinez, Tristan Montgomery, and Anthony Watson worked hard all year representing Gaglardi.

Subscribe to receive email updates with the latest news.